Hacker is a Jekyll theme for GitHub Pages. You can preview the theme to see what it looks like, or even use it today. 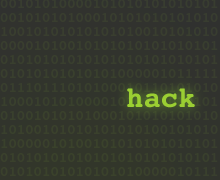 To use the Hacker theme:

Hacker will respect the following variables, if set in your site's _config.yml:

Additionally, you may choose to set the following optional variables:

If you'd like to add your own custom styles:

Note: If you'd like to change the theme's Sass variables, you must set new values before the @import line in your stylesheet.

If you'd like to change the theme's HTML layout:

Templates often rely on URLs supplied by GitHub such as links to your repository or links to download your project. If you'd like to override one or more default URLs:

Note: You must remove the site. prefix, and each variable name (after the github.) should be indent with two space below github:.

See the open issues for a list of proposed features (and known issues).

The Hacker theme is intended to make it quick and easy for GitHub Pages users to create their first (or 100th) website. The theme should meet the vast majority of users' needs out of the box, erring on the side of simplicity rather than flexibility, and provide users the opportunity to opt-in to additional complexity if they have specific needs or wish to further customize their experience (such as adding custom CSS or modifying the default layout). It should also look great, but that goes without saying.

Interested in contributing to Hacker? We'd love your help. Hacker is an open source project, built one contribution at a time by users like you. See the CONTRIBUTING file for instructions on how to contribute.

If you'd like to preview the theme locally (for example, in the process of proposing a change):

The theme contains a minimal test suite, to ensure a site with the theme would build successfully. To run the tests, simply run script/cibuild. You'll need to run script/bootstrap one before the test script will work.